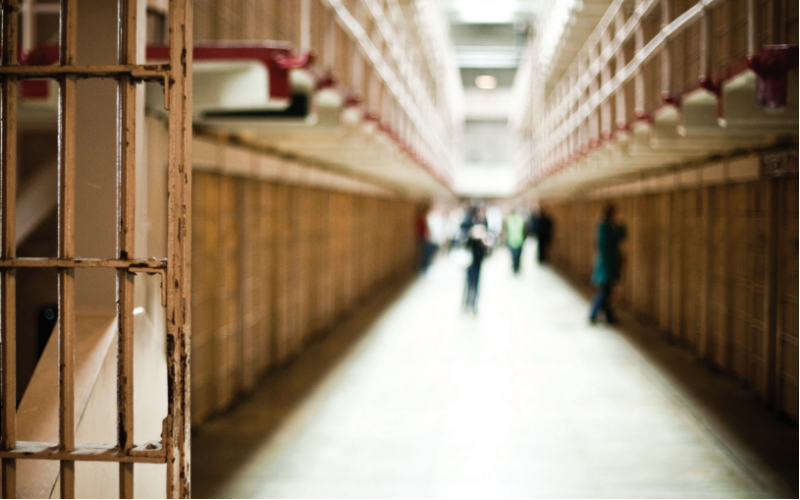 John Earl Davis was born in Chicago in 1981 to a low-income family living in the inner city. At three years old, John became terribly ill and was hospitalized with severe lead poisoning. John survived, but even the best treatments for lead poisoning cannot remove all of the lead from a child’s body. Most people develop schizophrenia in their early 20s, but by five years old, John was hearing voices. His parents took him to a behavioral health center where he was diagnosed with bipolar disorder and schizophrenia.

In hindsight, this diagnosis is not surprising. Research shows that lead can act as a trigger for schizophrenia—and with extreme levels in his system at such a young age, John’s brain had been severely impacted. By age seven, John experienced intense family trauma that compounded his mental health issues. Fortunately, John received treatment and he slowly began to improve.

In high school, he moved in with his uncle in Greenville, where he was maintaining a 3.0-grade point average and was on the football and basketball teams. He even had his first job and says, “It felt so good to have an income and be able to support myself!” Then John’s uncle assaulted him. John fought back, but when the police came, his uncle told them that John was on drugs. John was held for five days in jail. When the drug tests came back negative, he was released. Rather than return to his uncle’s home, John tried to make it on his own. He looks back at this time and reflects that he was “making some bad decisions.” Eventually, he ended up in prison for robbery and says that he “accepted that he needed to pay for his mistake.” During his incarceration in the early 2000s at the Kenosha County Jail (KCJ), he was provided his medications for his schizophrenia and depression.

When John was released, he was ready to restart his life. However, his wallet, which held his identification and Medicaid card, was stolen. Without identification, he could not access his prescriptions. The hallucinations returned, along with suicidal thoughts. Soon after, John was back in jail for a probation violation, but the same jail, knowing his mental health needs, refused treatment. The hallucinations and suicidal thoughts continued. John repeatedly reported his needs to jail mental health staff but his needs were ignored. Eventually, his grandmother, concerned for his health, reached out to the jail.

In response, the jail placed John on suicide watch but he was not provided care, diagnosis, or his medication. Attorney Shirin Cabraal of DRW was notified of this situation. By the time John contacted DRW, he had been without his medications for six months. Attorney Cabraal had already identified a pattern of systemic problems at KCJ and had filed a complaint with the U.S. Department of Justice alleging numerous violations of the Americans with Disabilities Act. To help secure medical care for other inmates, she had built a relationship with a Kenosha County lawyer and the jail’s health unit. She advised the lawyer of John’s situation, his history of receiving treatment, and the excessive delay in treating him. As a result, John was prescribed his medications.

John reports being especially thankful to Attorney Cabraal. He says, “She’s been far more of a support to me in regaining my mental health than anyone at the jail. What some folks don’t realize is that a lot of people who commit crimes have serious mental health disorders. Sending people to jail without looking at their mental health needs can make their issues worse. If people are going to get out of prison and succeed, they’re going to need access to professional help while they are
there.”

Before returning to jail, John attended Gateway Technical College to enter the field of Human Services. John mentions that he hopes he can finish his degree so he can someday help others. As he explains, “I understand where people in the system are coming from, how sometimes they start out without much of a chance—and I’d like to be there for them.”

John’s case shines a light on the serious consequences resulting from the failure of the jail health services unit to have a psychiatrist on board to diagnose and treat inmates with mental illness. DRW is urging DOJ to order Kenosha County Jail to address this issue.

Testify at Seclusion and Restraint Hearing - Nov. 19th at 10 am